2012 OSCAR AND BAFTA WINNER for best make-up, for his work on 'The Iron Lady', transforming Meryl Streep into Margaret Thatcher.

2014 OSCAR AND BAFTA WINNER for best make-up, for 'The Grand Budapest Hotel'

2022 OSCAR AND BAFTA NOMINATED for best make-up for 'Pinocchio'.

Mark Coulier started his career back in 1987 and worked as a freelance sculptor and make-up artist for all the major effects companies in London. His all round knowledge of processes, ability to create characters from the ground up and take them right through to completion, and organisational skills soon lead him to be hired as a key on projects such as 'Mary Shelley's Frankenstein, Event Horizon, Alien III, Star Wars: Episode 1, The Mummy, Mummy Returns, The Fifth Element amongst others.

In 2000 Mark accepted a key roll in Nick Dudman's creature dept on the first Harry Potter movie. Who would know then that this would extend over a period of 10 years and 7 movies with Mark overseeing the creation of Lord Voldemort and other memorable characters such as the inflating Aunt Marge and many others.

During this time Mark also managed to fit in several films as Prosthetic Make-up Designer such as Danny Boyle's 'Sunshine', and several TV series, from 'Little Britain', 'Come Fly With Me'.

Once the Harry Potter Franchise came to it's end Mark decided to concentrate once again on his own company work, for Coulier Creatures FX Ltd.

2012 saw Mark win the Oscar and BAFTA for his work on 'The Iron Lady', followed shortly after by the creation of an army of zombies for the Brad Pitt blockbuster WWZ.

2014 saw Mark win his second Oscar and BAFTA for his work on Wes Anderson's 'The Grand Budapest Hotel'.

2021 Mark was nominated for his 3rd Oscar and 5th BAFTA nomination for Matteo Garrone's Pinocchio which garnered much recognition around the world for the fantastical animal and puppet characters and the life-like wooden puppet prosthetic make-up for Pinocchio himself played by Federico Ielapi.

Mark gets the greatest enjoyment out of the challenges that projects like this bring and is looking forward to new projects that will excite the company and get their creative juices flowing. 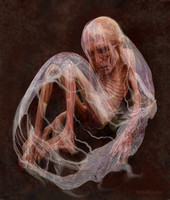